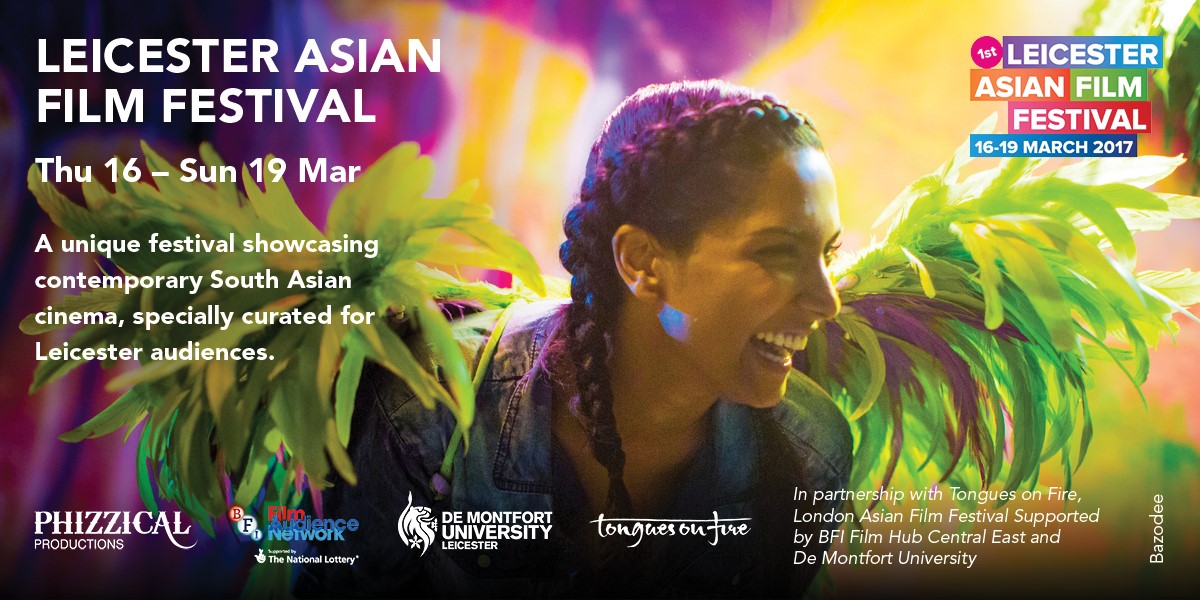 Following on from the successful screening of the new-wave Indian film ‘Queen‘ at the Belgrave Neighbourhood Centre in January 2017, I am excited to announce the arrival of the First Leicester Asian Film Festival to take place at Phoenix Arts Cinema, Leicester, between the 16th and 19th March 2017. This festival is the result of a joint effort and partnership between De Montfort University and, Phizzical, the established London Asian Film Festival (Tongues on Fire), the British Film Institute and Phoenix Cinema.

We will be premiering 7 extraordinary films with themes ranging from separation (in view of the 70th anniversaries of India and Pakistan), to inter-racial love stories and female-driven narratives. Due to the large presence of Gujarati community here in Leicester, a Gujarati film called Wrong Side Raju will be opening the festival on the 16th. You are my Sunday (17th March) is based on football and we included this film following Leicester city FC’s successful Premier League title last year. This will be followed by Mantostaan (17th March) and Mango Dreams (18th March) that made significant statements and evocative views on separation and historical memory. They are also contemporary metaphors on the volatility of diversity and borders.

Bazodee (18th March), a head vs heart love story involving a Trinidadian musician and a South Asian girl who is engaged to marry a Londoner, will be premiered here in Leicester. This film has been sold out in London for both the screenings, so grab the tickets while you still can.

Those 4 Walls (18th March) and Lipstick under my Burkha (19th March) are films talking about domestic abuse of women and their independence. The voice of women is an important one, and Lipstick under my Burkha, censored in India finds a space and gives a voice to the world of women’ desires. Festivals are incubators and arenas for social and cultural development that can enable paradigm shifts in the society.

Take a peek of the films with our festival teaser video:

As the Associate Director, I would like to invite you all to book your tickets either online through the festival website (http://www.leicesterasianfilmfestival.com), or on Phoenix website (http://www.phoenix.org.uk/event/leicester-asian-film-festival), or in person before they are sold out.

Please spread the word and hope to see you all there at Phoenix.